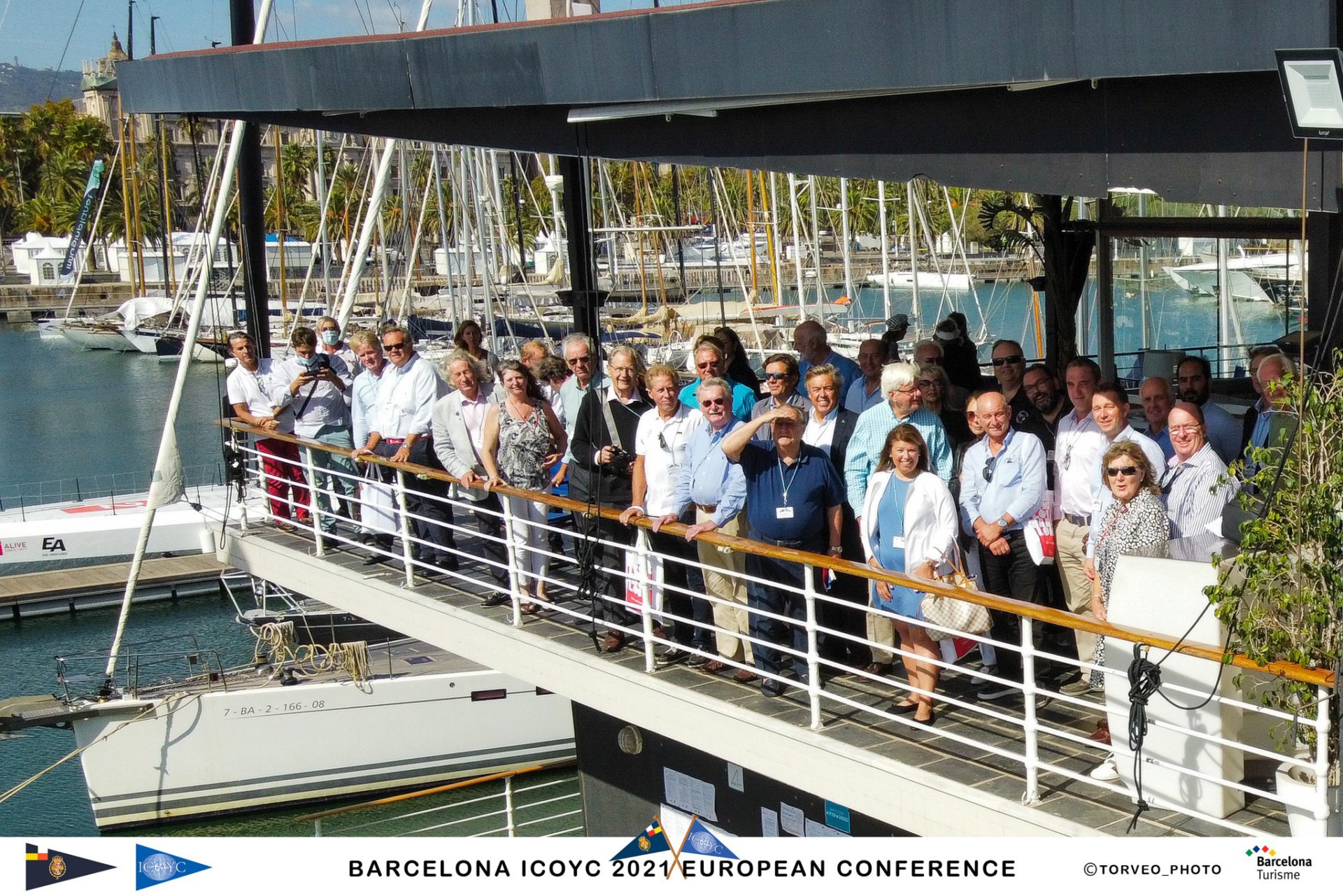 Last weekend, the Reial Club Nàutic de Barcelona had the pleasure of welcoming the representatives of the Member Clubs of the ICOYC (International Council Of Yacht Clubs) to its facilities to celebrate the renowned international event BARCELONA ICOYC 2021 EUROPEAN CONFERENCE that the RCNB has had the pride of organizing.

The ICOYC is an association of the world’s leading yacht clubs of which the RCNB has been a part since 2018. With events and opportunities for club members, leadership and professional staff, the Council exists to promote collaboration between them. clubs, so that each can have the power to improve their local organization while contributing positively to yachting around the world.

The president of the ICOYC, David Mead with Fèlix Escalas, president of the RCNB; Jordi Puig, vice president of the RCNB; Toni Guiu, organizer of the conference; Marc De Antonio, Commodore of the RCNB, and the delegates of the Member Clubs discussed current issues such as sustainability, strategic planning before and after COVID-19, the promotion of women in yachting, integration sailing in disabled people, and the future of the Olympic classes, among other interesting topics in this event that lasted a total of three days.
Within the extensive program, the delegates also had the opportunity to get to know the Catalan capital enjoying its great cultural and gastronomic offer. Thus, the delegates visited the Sagrada Familia, sailed along the Barcelona coastline aboard the TP52 Blue Carbon and discovering the flavors of Mediterranean cuisine in some of the best restaurants in Barcelona.

The event concluded with a dinner at the restaurant of the Real Club Náutico de Barcelona, ​​attended by all the delegates, and was attended by the president of the Port of Barcelona, ​​Damià Calvet. President Félix Escalas thanked the congressmen who came from all over the world for three intense days to share this great experience, and applauded the success of the conference, leaving the doors open to future meetings with a: “The Real Club Náutico de Barcelona it will always be your home ”.