The Puig Vela Clàssica returns to Barcelona in all its splendor 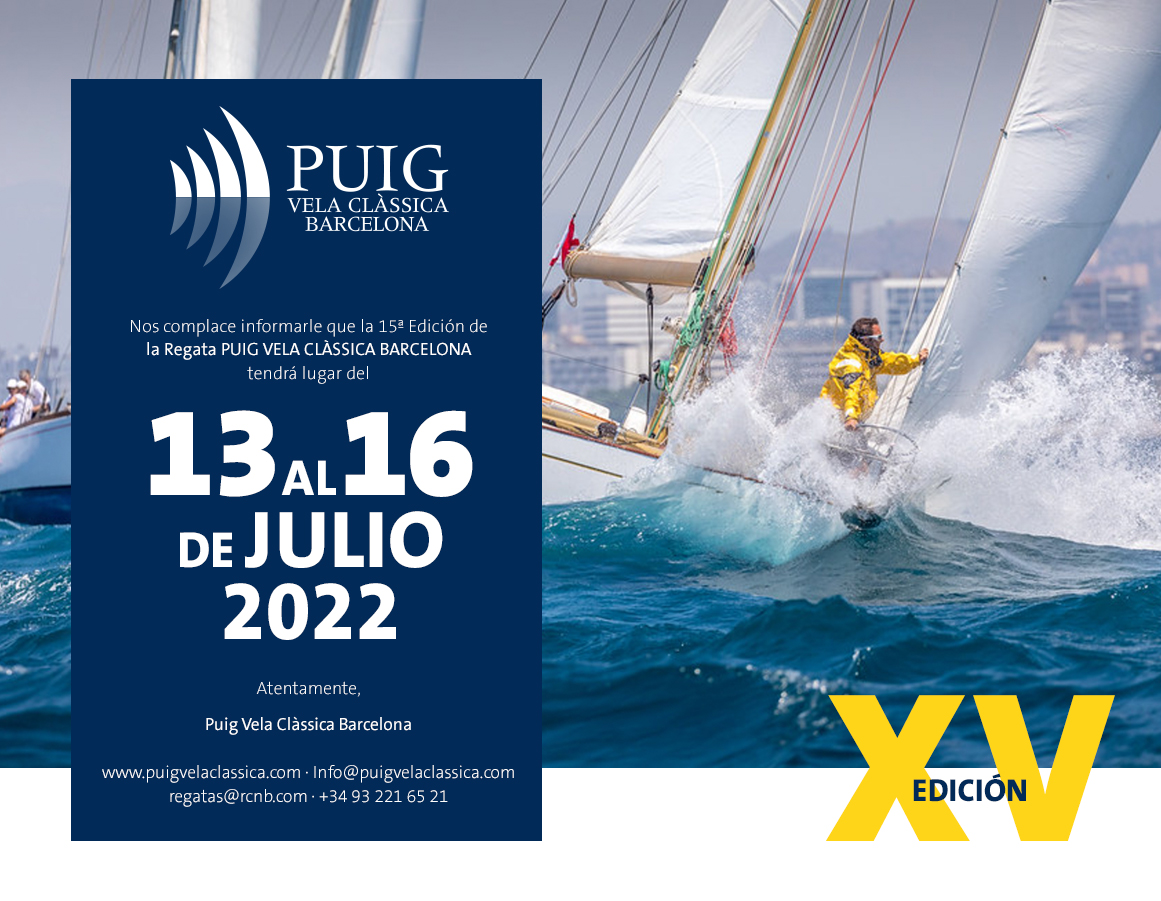 The Puig Vela Clàssica returns to Barcelona in all its splendor

The Puig Vela Clàssica regatta will cross the waters of Barcelona again from July 13 to 16 this year in its fifteenth edition. The emblematic classic boat regatta – and one of the key events in the international nautical environment – ​​recovers its splendor after the pandemic.

Following the tradition that began in 2008, the classic sailing elite gathers again to show the beauty and elegance of these boats, with Barcelona being the only international capital that hosts an event of these special characteristics.

The Puig Vela Clàssica Barcelona regatta thus continues its support for the city with the aim of continuing to form part of the annual calendar of the most attractive events in the Catalan capital. Thus, next Wednesday, July 13, at the Real Club Náutico de Barcelona, ​​a select group of the most relevant classic jewels of international nautical history will once again cast off their moorings, animating the Barcelona coast until Saturday 16.

The Real Club Náutico de Barcelona, ​​the Barceloneta beach, the Port Olímpic or the Port Vell are some of the exceptional viewpoints that, since the first edition, have allowed thousands of citizens and visitors from around the world to enjoy this show up close. Barcelona on these dates.

The most important classic regatta on the Spanish nautical scene is a sporting event that, in addition to its deep nautical tradition, promotes a unique message of respect for the environment integrated into Puig’s environmental objective. Only a regatta of classic sailboats, boats adjusted to a strict regulation of traditional construction materials (wood, bronze, cotton, hemp…) and governed by the wind, can boast of respecting the natural environment.

More than 300 sailors from all over the world

In the year of the rebirth of the Regatta, the highest competitive level is confirmed, with different winners from previous editions already registered, such as the Alba (with a recent change in ownership) or the Yanira, and Spanish, Italian, British, German, French crews and even North American.

More than 300 top-level international sailors are expected to compete in the different categories with the same spirit as in previous editions: passion, teamwork, commitment, enthusiasm and respect for the environment.

The regatta will also recover its social activity in the attractive village that is created for each new edition in the RCNB, a meeting point for crew members of multiple nationalities and in which world champions, Olympic champions and dozens of legendary sailors meet.

The XV Puig Vela Clàssica Barcelona Regatta is an event within the official RFEV calendar scoring for the XII Mare Nostrum Classics Trophy-Spanish Classic Boat Cup and is open to the following categories:

During the next few weeks, the Puig Vela Clàssica Barcelona regatta can also be followed through its social networks.