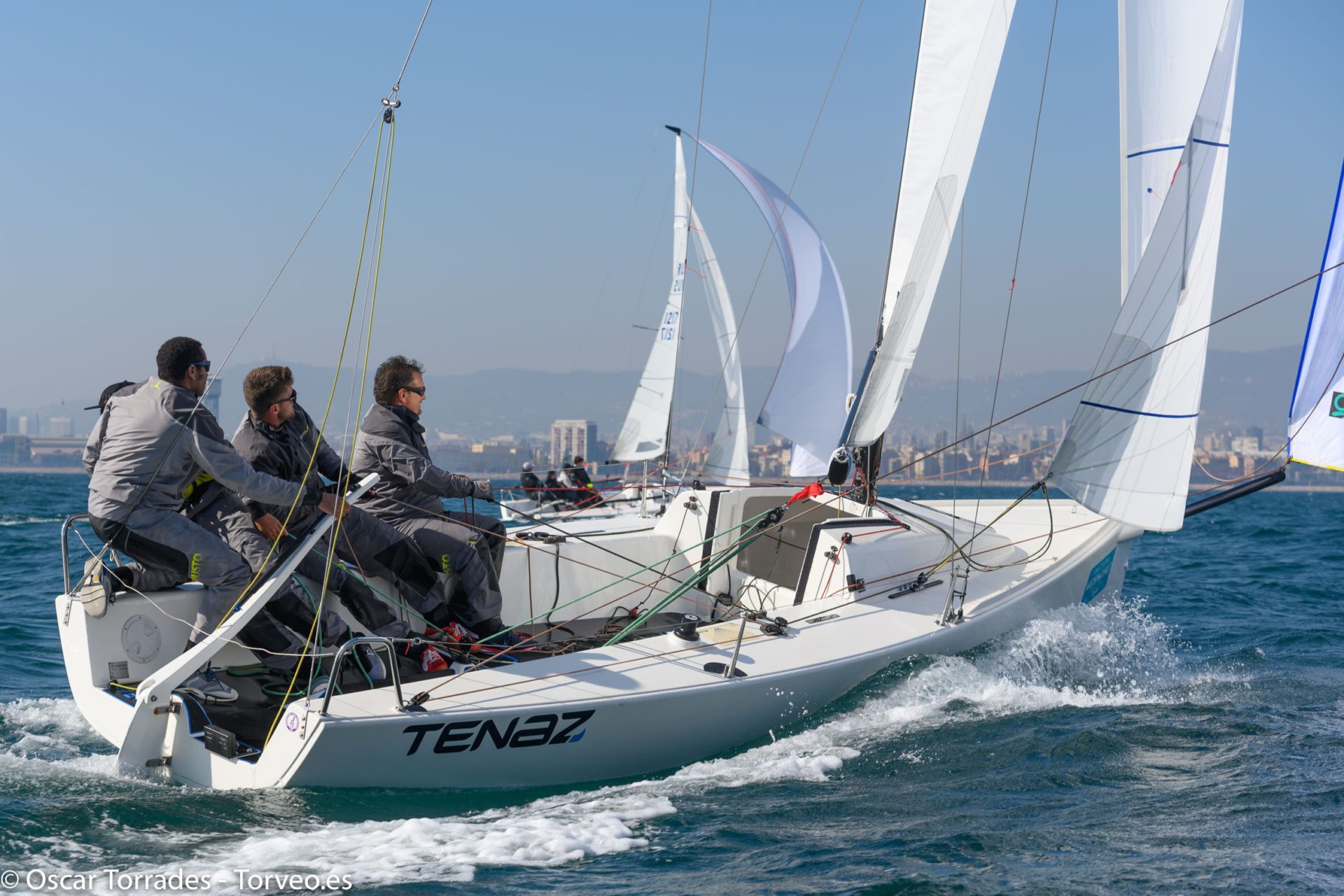 Last weekend, on October 22, 23 and 24, the first series of the sixth edition of the Barcelona Winter Series race was held. The J70 and MELGES 32 one-design race consists of six series that run from October to March and is organized by the Real Club Náutico de Barcelona.

Ten J70 boats participated in the first series of the regatta of the 2021-2022 season, completing 8 tests.

On Friday 22, the first tests of the race for the J70 fleet began, which started at 2:15 p.m. with a southeast wind of 150 and 5 knots of intensity. The monotypes managed to complete a total of 3 sleeves with a variable wind between 150-190 and 5-6 knots; ‘Serious Fun’ by Tony Hayward (RTYC) led the first two tests while ‘Monjo’ by Ricardo Terrades started 4th but managed to come back to 1st position in the last heat. Luis Martín Cabiedes’s ‘News’ started in 5th position, going back to 2nd position although he did not get to snatch the first place from his rivals. Pablo Garriga’s ‘Tenaz’ with a 3rd-4th-3rd finish was one point from entering the podium.

The second day was marked by the absence of wind that kept the fleet in postponement for more than two hours. After several attempts to start and a test canceled, finally 2 sleeves were completed with a variable southeast-south wind and maximum intensities of 4 to 6 knots; ‘Tenaz’ managed to be in second position after ‘Serious Fun’ and ahead of ‘Monjo’.

Better weather conditions during the last day that allowed us to complete 3 heats with a north wind and 9 knots of intensity in the first two tests of the day, while in the third race the wind fell, forcing the route to be shortened. Pablo Garriga’s ‘Tenaz’ with the ‘canario’ Rayco Tabares on board managed to demonstrate his superiority by winning the two races of the day, snatching first place in the provisional classification from ‘Serious Fun’ and proclaiming himself the winner of series 1 of the Barcelona Winter Series.

The Barcelona Winter Series is a race organized by the Real Club Náutico de Barcelona, ​​with the collaboration of Estrella Damm, Veri, Diputació de Barcelona and J70